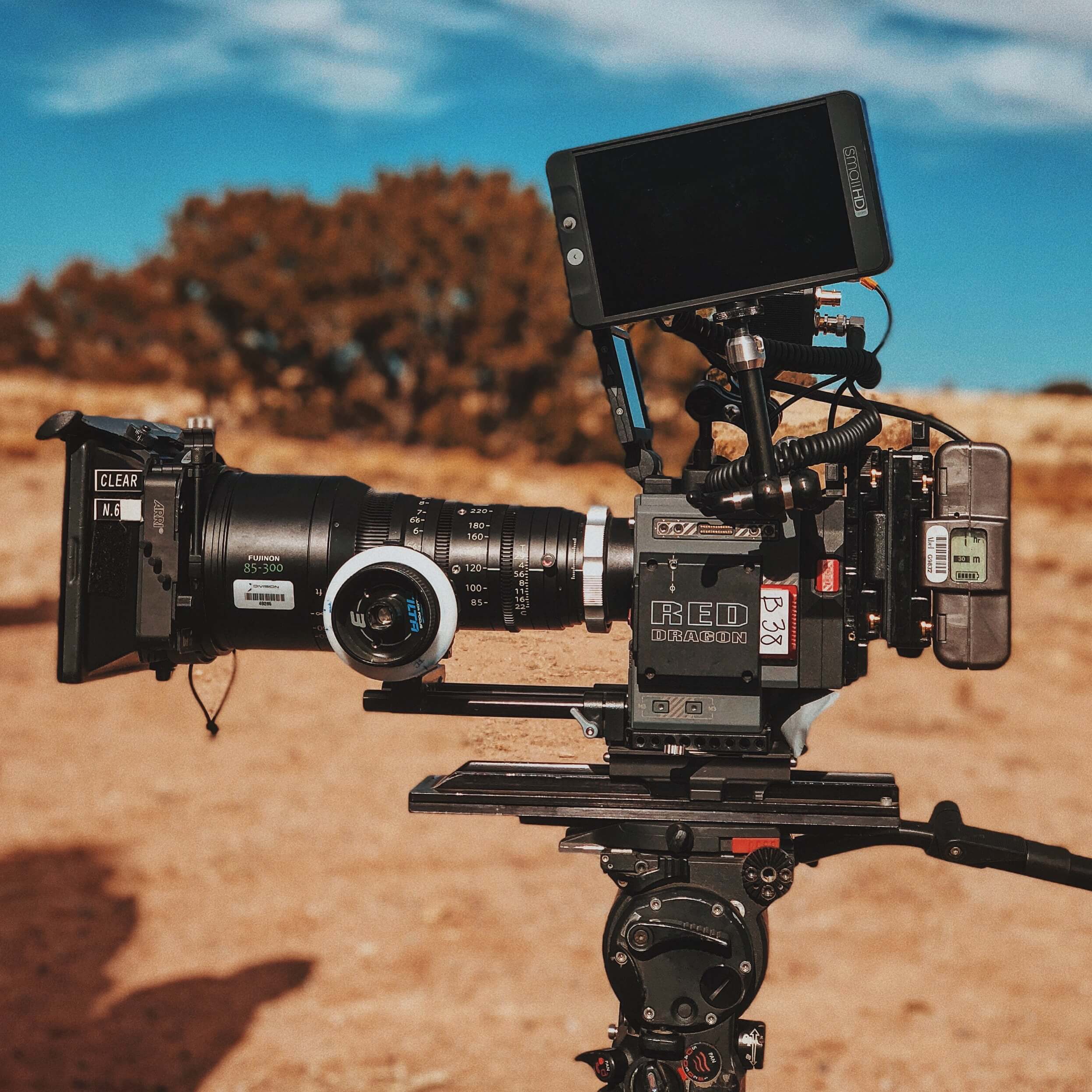 Gone are the days when a career meant a life spent behind a cubicle. It is no longer a tedious exercise of 3 to 5 years of college education; studying something just because you’re supposed to. Indian society is opening up more and more to the prospect of a career in the creative field. Most Indian parents in 1990s and before would have gone into shock if one of their kids flirted with the idea of becoming a designer, filmmaker, photographer or even a writer, but things have changed. In the past decade, institutions and courses that offer education in the field of media and entertainment have grown tremendously.

I spoke to a young and vibrant Naina Gade, who has worked behind the scenes on several television shows and movies, and as a result of her work, was accepted at one of the most prestigious film schools in the world. In our one-on-one chat, we discussed many aspects of media and entertainment industry, that I am sure many of you will find illuminating.

Here is my interview with her:

Ayush: Naina, can you tell me about your journey?

Naina: After completing my schooling and junior college, I joined a course titled Bachelors of Mass Media offered by Mumbai University in 2011. I quickly understood that education only would not be enough for me to succeed in this industry. With some hard work and diligence, I made my way into the post production team for What not to Wear – India produced by BBC in 2011. The beginnings were humble but I was hardworking and sincere. Sooner than I thought, I was being noticed by a number of other producers, who eventually asked me to work with them.

Since then, I worked on various shows like Jhalak Dikhh La Jaa, Nach Baliye, Style and the City…. And movies like Psycho-In-Law, A Person is Watching, The Decision etc. where I worked in the capacities of Post Producer, Producer, Creative Director, etc . As I worked, I established professional relations with many creative individuals and it only helped enhance my own creative potential. In 2015, I was accepted into New York Film Academy in the USA, where I joined the Master of Fine Arts in Production program. It was exciting, yet a little scary, to be in one of the best film schools in the world, with some of the most creative individuals, some younger and some elder to me. My experience there was great and I got a chance to work on many short films. I have begun working on some very ambitious projects in the U.S. which I hope viewers everywhere will like. I am working as an Executive Producer for a feature film currently titled – Sugar. It is an action-packed yet personal period drama/coming-of-age story; A Wild Western tale centering on women living on a plantation who rescues two girls, an African American and a Native Indian, from the clutches of two Ku Klux Klan wrongdoers after they get caught up in a lynching. I have also developed my own period based TV drama series, currently titled – They Came As Slaves… and a feature film currently titled – Snapped.

Ayush: For the readers, can you give an overview of the different career prospects and opportunities that exist in your industry?

Naina: There are many career profiles in media and entertainment, and it can often be confusing to many people. Essentially the media and entertainment industry is made up of film, television, radio, internet services, news (journalism) and marketing. There is a whole business management dimension to it as well, but it is not something content creators have to deal with. In film and television, different types of content is produced. A director is essentially the captain of the ship who makes sure everyone works towards a single creative vision and a Producer’s job is to plan and coordinate various aspects of film production, such as selecting the script; coordinating writing, directing, and editing; and arranging financing. They also make sure everyone delivers their part of the work, in the highest possible quality. Scriptwriters and storyboard artists work to plan the visuals according to the story, a production team ensures the shooting takes place efficiently. There are a number of technical staff during shoots. Cinematographers shoot the video on camera, sound recordists record the dialogues, art directors decorate the set as per the needs of the director. When the shoot is done, the editors assemble all the footage together into a story. Musicians, animators, visual effects artists, sound engineers and colorists etc. all contribute to the editing phase to make the film that you see. So you can see there are plenty of opportunities here. In marketing, we have advertisers, promotors, content writers who promote all kinds of services and products, even political parties and NGOs. The journalism wing of media deals with news of all kinds. The Internet and social media have also created opportunities for writers, animators and marketers, as social media marketing has become a specialized profession of its own.

Ayush: That is great. So tell me, if someone wishes to pursue a career in media and entertainment, what are the pre-requisites for them?

Naina: There are no pre-requisites. You can have any subjects in your 10+2, and even at your university level education. I will however recommend that if you wish to pursue a career in media and entertainment, a formal college level course is advisable. You don’t need training to be creative. But it helps to understand all sectors of the industry, its trends, history and great works in the past – and these are best learnt in a proper course. In years to come, people with formal training are the ones that will have an edge that untrained and self-trained individuals will not.

Ayush: That is interesting. Could you tell me how working in India and the USA is different?

Naina: Well in some ways it is the same, in some ways it is a completely different universe. As far as the production process for any film or television program is concerned, the designations and duties are the same. We all work in the same way and work towards the same goals. However, the culture makes a lot of difference. In India, we are often creating for a very different audience than what we are creating in the US, which often has a global audience. The cultural aspects change, the considerations differ and the style of content is different too. We learn so much about different societies and different viewpoints.

Ayush: Can you tell me about what it is like to be a woman in your industry?

Naina: Media and entertainment has largely been a man’s world, but women are breaking barriers each day. Working in this industry is tough for anyone, especially because the hours are longer, stress is astronomical and it takes a toll on one’s health. But it is no indication that women can’t do it. The female workforce is growing and it has really changed the way the industry works. People have heard about the harassment women have faced in the media and entertainment industry, but as the number of women are growing and culture is shifting, it is harder for the culprits to get away with their bad behavior. There is higher accountability and security for women, and I wish more women choose to follow their dreams in this regard.

As a woman, I sometimes have been at the receiving end of the misogynistic attitude of some people, and that’s a battle all women fight each day. But I have also felt empowered to fight for myself because working in media and entertainment has made me stronger.

Ayush: Given that education in media and entertainment is not cheap and the industry is highly competitive, is the pain really worth the investment?

Naina: I agree that education can be expensive and there is some amount of struggle involved in the early years of the career. However, formal training does give you a competitive edge over others, and enhances your skillset, which makes your career path smoother. So if you hope to reach somewhere in your career, a formal training will allow you to reach there in half the time than you’d need to, if you were untrained or self-trained. Then again, it is not just about your skills. A learning environment gives you connections with your colleagues and their connections. These connections become handy when you want to kick start your career and advance in it. My experience tells me that your associations with others in the industry are paramount, and no one can hope to succeed in isolation.

Ayush: Finally, what does one need to be successful in this industry?

Naina: Firstly. Believe in yourself. That is absolutely important. Secondly, be prepared to give your 110% because hard work and quality work is rewarding. Third, you grow with a community and must always extend your family to include more and more people. One cannot grow on their own. You must also not be discouraged when you don’t get a project you wanted. It is true that nepotism and backdoor entries are common in this industry and often cheats out more deserving candidates for jobs and projects. But in the end, work speaks for itself, and if you’re sincere enough, you shall succeed.

Photo by Chris Murray on Unsplash