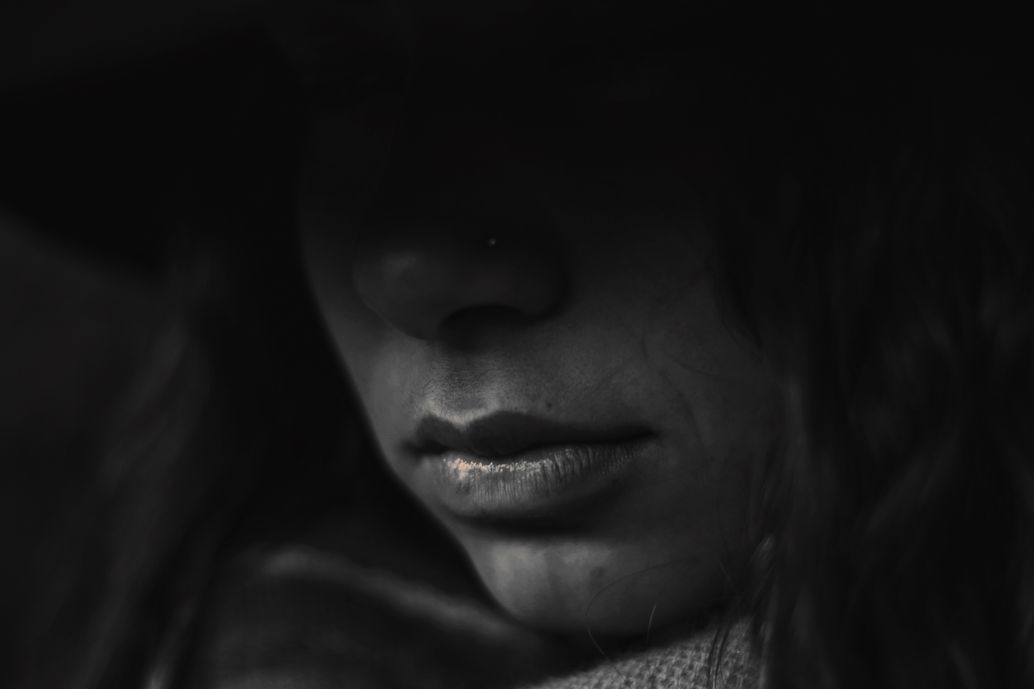 There was silence all around with a strange eeriness in the aura. The air around was evidence enough of a miserable event that had just occurred. In his grey sweatpants was Neev, working out behind a glass wall in his room. Drops of sweat trickled down his abs, past his belly button until the ’grey’ absorbed them. Neev had an athletic frame, a medium height and long black hair that ended just at the start of his spine.  Out of nowhere his phone rang; Neev took the call and almost dropped the phone. He was in a strange hurry. He took out his Royce and rushed off without even taking a bath.

Somewhere in the busy streets of Mumbai, a pretty young girl of about twenty-three was waiting for a cab in a long red off-shoulder gown. Taira signaled the taxi-driver for a lift managing her silver clutch and balancing on her four-inch long stilettos. She sat in the cab and headed off to her in-laws’. While in the cab, she saw a man chasing them from a close distance, she shouted at the driver to increase the speed. Taira intimated the way of her old home to the driver and asked him to take her there instead. When the cab reached her place, Taira almost jumped off the cab. She tripped over the staircase, dropped the keys and broke her stilettos. She didn’t even give a second look at the mess she had made. Taira hurriedly grabbed the keys and got inside her old 3 storied bungalow.

Taira blindly switched on the lights and shrieked in bewilderment. A river of sweat sprang out of her temples. She hurried backwards as Neev advanced towards her. Neev was actually satisfied on seeing Taira in such fear and smirked.  He blocked her path and pushed her against the wall. He could feel her heart pumping at an abnormal speed. Taira could feel his breath on her forehead. Neev lowered his face and amidst all the bizarreness of the situation their lips met, tongues locked and began a deep passionate kiss. Taira grabbed Neev’s shirt and tore it apart. Neev too worked his way up Taira’s inners and pulled them down.

With their tongues still locked, they took it to a room. Taira laid down first pulling Neev towards her. They got extra cozy and what started as a ‘run-for-life’ situation for Taira became ‘Thank-God-I-Didn’t-Run’ situation. Taira was altogether on a different level of ecstasy when she felt a tingling feeling on her back; she loved the touch and craved for more. Neev made sure that Taira was satisfied at least in this respect. He repeatedly slit her back with a pocket knife. Blood oozed out of Taira’s back, it was too late before she could figure out what was happening with her. Neev kissed her goodbye with an expressionless face and took off.

Next Morning Neev was as fresh and energized as ever. He started with his daily chores and his regular workout session. While on the treadmill, he lost track of time and his mind took him to an uninviting past about which he was more than reluctant to think of.

There was Taira with her friends, beaming behind a cup of café latte passing occasional glances to Neev who was sitting on the opposite table working on his laptop. Neev wasn’t used to such arousing but he was actually stunned at this ravishing work of craft which seemed too unreal to be actually breathing life. Taira began to show immense interest in Neev and eventually asked him out. Neev did his calculations silently and finally agreed to meet her but at the same time he was guilty deep inside for some unknown reason.

Neev went home, took out his phone and dialed a number. He kept staring at the contact image for a good thirty seconds when he heard the words, “Hey! Baby” from the other end of the call. It was an image of a boy who had a slightly chubby body unlike Neev’s athletic one, was six-feet tall and had a whitish complexion. A tear trickled down Neev’s cheeks; he was too dumb-founded to speak anything. Kavin got worried and enquired if Neev was alright. Neev finally burst into tears and apologized to Kavin and hung up the phone without explaining anything.

Kavin sat back on his wooden couch and tried to figure out what had just happened. He had no control over his body. Kavin almost collapsed when Emily, his roommate, a tall woman of about twenty-five with a perfectly toned body, entered. On seeing Kavin’s condition she panicked. Emily hurriedly handed him a glass of water and started rubbing his back. Kavin somehow managed to sit and babbled it all out to Emily. Emily was even more confused than Kavin; she gave him a few sleeping pills and made him catch some sleep. She then left for Neev’s.

Emily reached Neev’s three-bedroom flat on the Seventeenth floor of Cynthia Apartments. Neev opened the door still sobbing. Emily hugged him tight and assured him that she would help him out in whichever way she can. It took Neev a lot of courage to tell Emily the whole thing.

Emily was stupefied to learn that Neev was planning to marry Taira and was stepping back from a committed relationship of four years with Kavin. (When Kavin and Neev met four years ago it took no time for them to become friends -> close friends -> and finally more than close friends. They became everything for each other so much so that the world could use them as a perfect example after ‘Romeo-Juliet’ to swear by their love.)

Emily tried to make Neev understand but he had more than decided what he wanted to do. He requested Emily to convey this whole thing to Kavin. He was too afraid to face him not because of his reaction but because of his immense love towards Kavin.

When Kavin got to know what had happened he was shattered beyond any repair. Kavin took a flight and flew off to Bangalore without informing even Emily.

Neev recouped from the debacle and finally married Taira. For Taira it was a dream come true. Her happiness knew no bounds on marrying Neev, the man of her dreams. Neev in the meanwhile had mastered the art of faking happiness in front of the whole world. He had attained such level of expertise that even Taira, who lived with him all day long couldn’t decipher the truth behind that deceptive mask of contentment.

Kavin flew back to Mumbai after a week and resumed his job. Following day while shopping at a supermarket, he saw Neev and Taira purchasing household stuff for their “home”. As Neev left to start the car, Kavin kept staring at Taira. He was petrified and became a mannequin in seconds. Taira saw Kavin staring at her in such an unusual manner. She got scared and smelled something fishy but kept the incident to herself.

Kavin told Emily how he felt on seeing them and asked her if he should move out of Mumbai as he couldn’t stand seeing Neev with someone else. Emily held Kavin’s hands, consoled him and advised him to stay strong and not let his job suffer because of Neev. Kavin hugged Emily and did as she said.

Next Friday, when Kavin was going home from work, as usual he was lost in his thoughts. He banged against a man of about his age and slipped. The man extended his right hand to help Kavin stand. Kavin almost fell again as he saw the ring he gave to Neev on that man’s index finger. Though the ring had changed fingers but its mere presence on Neev’s hand made Kavin too happy.

Neev hugged Kavin and tried to talk to him. Kavin was too powerless to respond to Neev’s request. In no time they were at Neev’s flat. Taira had gone to her friend’s engagement party. Neev hugged Kavin like never before and kissed him on his forehead. Before any one of them could speak anything they were already making out on the mattress lying across the floor. Both of them had tears in their eyes. If at all love could be personified, it was at this very moment. Nothing could have been more pristine than that instant.

Neev was so lost in Kavin that he forgot to bold the front door and left it on latch. Taira returned in a beautiful red gown, two hours before the time she had promised. She was taken aback at the scene she witnessed. She howled frantically and slapped Neev. It was then she recognized Kavin from the supermarket. Things began to fall in place. Taira threatened Neev to remain faithful to her or else she would tell the whole world his little secret.

Neev hugged Kavin one last time and indicated him to leave for the time being. He obeyed like a servant and left without uttering a single word. Taira demanded an explanation from Neev for such ugly turn of events and the reason for marrying her if he knew all this while that he was a homosexual. Neev confined in Taira and told her that it was this fear and pressure from his family and society that made him take this step. He explained her everything right from how he and Kavin met, how he feared to tell this to his family, how he saw Taira staring at him at the café to how he finally decided to marry her. He further confessed that he was still very much in love with Kavin.

Taira could see her whole world failing right in front of her eyes. She wailed that she wouldn’t let that happen and left out of their flat. Neev just couldn’t figure out what to do and started working out psychotically. Just then his phone rang; Neev took the call and almost dropped his phone. It was Taira and what she said felt like a hammer on Neev’s head. He took out his Royce and started driving insanely. All his way Taira’s words kept echoing in his head, “I AM GOING TO TELL EVERYONE.”

Still on the treadmill, Neev thought about what he had done and what would become of him once the police finds out his deed. He got off the treadmill, took a long hot bath and dressed in his favorite suit that Kavin had gifted him on their second anniversary. Neev then took out the same pocket knife and started slitting his own throat.  He thought about Kavin one last time, apologized to him and echoed the words loud and clear, “Only if the society was more open and accepting.”

Photo by Zach Guinta on Unsplash

(This story was written in 2012 when I was 19. A lot of things have changed personally for me since then, growth in thoughts and maybe writing-style as well. But I am posting this one in its original form here. It feels good to re-visit and realise how you have grown over the years. It is quite a satisfying process.)