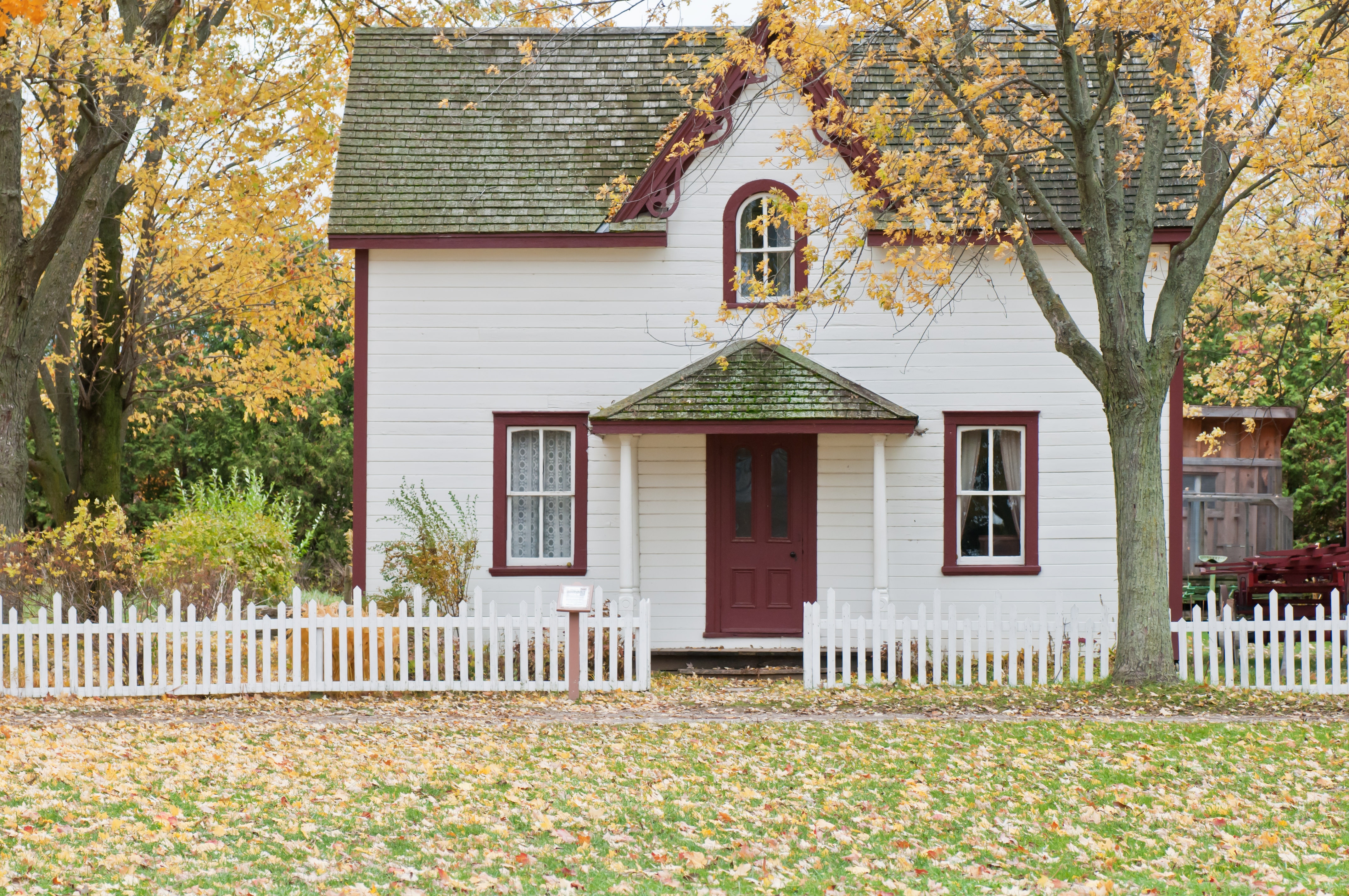 Deborah was pacing up and down anxiously across her two-storied Villa located in the suburbs of California. Her face resembled a dying flower which had lost all its colour due to an unending drought and had given up on the idea of breathing life ever again. She bolted all the doors and shut every possible window of her villa. Deborah acted like an OCD (Obsessive Compulsive Disorder) struck person and kept on repeating the ordeal of checking and re-checking if she had barricaded all the entry points of the villa. Streams of sweat dribbled down her face while she ran to her daughter’s room on the far end of the ground floor.

Debbie, her twelve year old daughter, who had been sick since a few days was in her deep slumber after Deborah made her take sleeping pills for the night. She kissed on Debbie’s forehead and kept looking at her helplessly with teary eyes and a face drenched with a saline mixture of sweat and tears. Gathering courage she finally moved out of Debbie’s room and double locked her door from outside. She hid the keys in the pelmet just above the room’s door. Deborah had become over-protective of her daughter after she lost her husband and her son three years ago in a road accident.

Newsfeeds had been buzzing since a week describing the demeanor and the appearance of a schizoid psychopath killer who was on loose killing womenfolk of the town for satiating his indefinable sinisterly urges. The killer had escaped from the town’s asylum a week ago and since then he was on an unstoppable spree of killing females in the surrounding area. All that was known about the killer was that he roams in a vestment and wears a grotesque Guy Fawkes mask similar to the one worn by ‘V’ in V for Vendetta.

As far as the weapon was concerned, he could use anything and everything that comes in his way. He had already murdered about half a dozen women including two teenage girls and an old lady. Deborah was well aware about the killer and his ways but she never thought that she could be one of his victims, until today. There was a constant knocking on the front door when she was giving sleeping pills to her daughter. The knocking stopped as she reached the door but what caught her eye through the peephole was a crooked smile of a mask turning away from the door.

After making sure that Debbie was safe she returned to the living room and grabbed the villa-telephone only to find out that it wasn’t working anymore. Ridden with panic she threw the telephone set on the dining table breaking its glass. The living room was now carpeted with a layer of glass slivers which bore resemblance to a bed of dew drops smiling silently, lying on the fresh green grass; only here, their smile though silent was mostly wicked. As she had no time to sweep the floor clean, Deborah walked right through the glass pieces in search of her cellphone, bleeding. She vaguely remembered taking the phone upstairs with her when she went to the terrace to dry that day’s laundry. Climbing three steps at a time she reached the terrace entrance and saw that the door was ajar.

She realised that she had totally forgotten about the terrace door. A new wave of fright overpowered her. She had lost the guts to go beyond the door to look for the phone. She quickly bolted the door and started coming downstairs. While on the first floor, she heard a distant banging noise from one of the three rooms on that floor. Deborah wet her pyjamas in shock. Her heartbeat could be heard in the whole neighbourhood. Though she had her heart in her mouth, she decided that she had to find out the source of the noise to make sure that everything was still safe.

With added alertness, Deborah moved towards the noise and peeked inside the room with the on-going banging sound. From the corner of her eye she saw the killer in the same robe and the mask opening and closing the only wardrobe lying in the room. He had a scythe in his other hand which was already deep red in color with dried blood stains of his previous victims.  It was difficult to say where he was looking through the mask but he was facing towards the entrance of the room.

He made the noise to attract Deborah, knowing that she would come to check the cause of the commotion. Oblivious to his plans Deborah ran away from the room. The killer at once came into action and started running behind her. With all her might she unlocked the front door of the house and raced outside the villa. Once out, she finally yelled for help, but in vain. She refrained from shouting inside the house in fear of attracting the killer.

Ultimately, Deborah decided to run in the direction of the local market to lookout for help, when the thought of her daughter sleeping alone inside the house struck her. She couldn’t be sure that the killer will not try to break-in through the locked door of Debbie’s room. So, she rushed back again towards the room. Deborah faced a personal apocalypse on seeing the door leading to Debbie’s room wide open. The killer had used his scythe to break open the door. Murmuring prayers she went inside the room.

Debbie was still in her sleep, unperturbed by the entire ruckus.  Besides Debbie’s mild snores there was dead silence in the entire room. Deborah checked the wardrobes and the washroom but the killer was not inside the room anymore. This made her even more apprehensive.  She left Debbie in the room and went out to ensure that the front exit was still open and that the killer was not in the way that led from Debbie’s room to the exit. She had planned to tag Debbie along and then run for help.

With every cautious step Deborah took, she wished to escape safely from the shackles of that ruthless killer, but what welcomed her was a closed door locked from outside. This took her by surprise as she failed to understand how the killer located the keys to the front door. She started going through other possible options to escape the house. She reached the terrace but stopped in front of the door again. Going out through the terrace was out of question because there were no stairs out there and even if she screamed, no one would hear her due to the lack of houses in the immediate surroundings.

Deborah felt foolish when she realised that there was a back door in the kitchen on the ground floor, opposite to Debbie’s room. She dashed through the stairs towards the kitchen. She reached the kitchen and banged against the dining table scattering the neatly placed china on the floor. Dodging the mess, she pulled the handle of the door, which again was locked from outside. This stunned Deborah even more than before. She felt like a baby in her own house, whose mother had baby-proofed everything and now there was nothing left that she could do out of her own free will. She was completely trapped. Neither she could go out nor could she make a call. Absolutely helpless she grabbed the kitchen knife and went back to Debbie’s room to let fate take its call on their lives.

Deborah was in for a rude shock when she reached Debbie’s room. The killer was sitting on Debbie’s bed with her head on his lap. Debbie was still under the influence of the sleeping pills. After that sight registered in Deborah’s head, she shrieked and jumped and shouted Debbie’s name, expecting Debbie to wake with a start. Debbie opened her eyes and smiled. She looked towards the killer, winked and signaled him to remove his mask.

Deborah kept standing at the door, dumbfounded, trying to untangle the mysterious knots she was witnessing. The killer brought his right hand towards his face and slowly removed the mask and smiled back at Debbie. Deborah howled and sat down on the floor, her eyes popping out. It was her son, whom she had lost three years ago, sitting right in front of her eyes with a wicked murderous grin; and all this while she had thought that he was dead. He got up from the bed. Standing meters away from Deborah, he was ready to strike a blow with his scythe.

Deborah stood up with a jump and started taking backward steps. On seeing her mother going away, Debbie too got up from the bed. She held a crystal flower vase in her right hand aiming it straight at her mother. Deborah stopped moving. She was devastated on seeing her own children advancing towards her to take her life.

While she was busy running around finding a way to save Debbie’s life, the killer had broken into Debbie’s room and tried killing her. Debbie still under the influence of the pills somehow managed to dodge him and grabbed him by his face, revealing his mask. On seeing her brother, she tried to make him understand that it was his family and saw an opportunity to fulfil her own long buried motive of taking revenge from her mother.

She assured him that she’ll help him kill her if he promises to spare her. Her brother though didn’t quite understand much but nevertheless agreed with her. She gave him the keys to both the doors and pretended to go back to sleep. While she was lying with her head on her brother’s lap, she mumbled, “She treated me like garbage when you people were around. I almost ceased to exist for her until the day the news of yours’ and our father’s death came in. She was shattered and lonely. Finally she saw a companion in me and tried to mend her ways.

She confessed that she never wanted me and was about to give me up for adoption long back when our father stopped her. I hate this woman. All this while I pretended that I loved her, solely because I had no one of my own. But today, you are back. I don’t know what motive you have for killing her but now I am sure we both don’t need her. Things will be normal again. We’ll be happy once again, I’ll be happy once again.” During her entire speech, her brother kept playing with the scythe, least bothered about what the girl on his lap was saying.

With one sharp blow he hit Deborah’s head splitting it in two. Debbie cried tears of joy. She dropped the vase and immediately hugged her brother. He hugged Debbie back. Another proficient blow and Debbie’s torso made a thudding noise. He collected blood from the two rosy rivers flowing in the room in two separate bottles. Taking one sip at a time from each bottle, he wore his mask back and made his exit from the Villa.